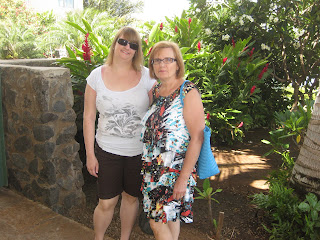 Music WAY too LOUD! Good thing I brought ear plugs - this level of noise would NEVER be tolerated in a work place

Majesty majesty your grace has found me as I am
Forever I am changed by your love.

When i thought the worst was over they did one more

Testimonies of people from Iran, Congo how they were persecuted.

Celebrate July 4
My chains are gone I've been set free. My God my Savior has ransomed me. Unending love amazing grace

Pastor:
We are so blessed to live in America where we can argue about CNN vs. Fox News. Do we take that for granted?

Worship with all the generations together. "Tons Of" activity
Why do people say that? Do the activities get too heavy?

Offering song: Though Satan should buffet though trials may come It is well with my Soul. O the bliss of this glorious thought My sin has been nailed to the cross and I bear it no more praise the Lord praise the Lord o my Soul

John Adams wrote that July 4 should be celebrated in churches and Communities from sea to sea.

What Makes a Nation Great?

In a few days Americans will be celebrating 236 years.

Blessed by God in a way others only wished.
Christian heritage lesson today
What makes a nation great
Most time gone? Russia
Most people? China
Coldest? Canada

1. For the glory of God Columbus came to San Salvador (holy savior) he planted a cross.
2. Settlers came for religious freedom. Jamestown settlers plant esl a cross and worshipped God
the Mayflower Compact for the advancement of the Christian faith.
3. Government Patterned after Biblical Principles. 15,000 writings by the founding fathers. Primary source the Bible. 34% directly from the Bible.
3 branches of government. Not from history Plato etc.
From the Bible Isaih 53:22 to the Lord is our Judge (judicial), Lawgiver, (legislative) King (executive)
-Italy has had 54 forms of government in 230 years. -
Of the 54 framers were 52 were born again Christians.
28 episcopalian

At one time the largest church in the world was in Hawaii
England sent their prisoners to america and eventually only 17% of the people went to church. The Jonathan Edwards started the great Awakening.
That lead to the American Revolution.

in the 60's they added Under God to the Pledge of Allegiance
After that prayer Bible etc was removed and there is
In God We Trust became the national motto in 1956 (56 years ago)
Most people don't know what it is anymore. Can you imagine a teacher reminding the students to remember that In God We Trust?
The top of Washington Monument has Let God be Praised Laus Deo

The U.S. Passport is a powerful document.
Pray Proclaim Participate
2 Chron 7:14 humble yourself and pray - pray the News - pray FOR the President. Revival in the churches
2. Proclaim the truth - we still have freedom of expression. Christianity is not the law of the land but shapes public policy. By free Conviction. Stand up and lead people to Christ and that will change their thinking.
3. Participate. Elect. Many people have died for our priviledge to mark the ballot. It is wrong not to participate.
As Christians - don't vote Republican or Democrat - vote Biblically. Vote for people who best express biblical values and strong morals. Make sure they have character.

Do it as a citizen of heaven. Make a difference for righteousness
Hope is a Christ centered church.
www.HopeChapelMauii.com
Posted by Raymond Dueck at 10:41 AM