Letter to Focus on the Family 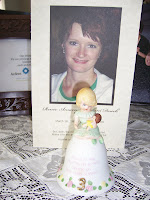 I am very concerned on the statement your magazine appears to be making about war, especially concerning the "Truth Encounter" article in the Feb 03 issue. I would like to remind you that even if you may have a conservative right-wing political viewpoint, not all of your readers will. If you feel the need to write political articles of this kind, regarding war, please try to represent the other side of the issue.
This is a very hard letter for me to write, because I know that Focus on the Family has helped many families in North America, and is a very well known, respected organization. I am not sure that my letter will make any difference or that any one will even take notice of the opinion of one Canadian teenager. You have your opinions on war and I fear no amount of arguing my opinions will ever change yours. And I am not asking you to change. However, I am asking you to respect other beliefs and opinions, and at least open your mind enough to think about what I am going to say. I think I speak for many Christians all over the world when I say this. I know of many Christians who do not agree with war. So, please do not go propagating war in your magazines. I believe you can do a lot of good with your magazines, and one of the greatest things you could do is teach your readers is teach them how to make decisions on their own instead of spoon-feeding them your philosophies. It is not only the "Truth Encounter" article that has bothered me. Other articles about the army, or violent comics, have supported the idea of violence and war. I will quickly outline for you some of my specific problems with the article in question.
I feel that you are attacking the idea of peace instantly simply by calling peacemakers the "Opponents". Yes, we oppose war in Iraq, but you immediately make this an "us-against-them" issue when you use words like that. We are all brothers and sisters in Christ. You also ignore a huge part of war, which is killing innocent people, in your little bit about the "Advocates". You speak of taking up arms against "evil-doers" when the Bible says very clearly in Ephesians 6:12 that "our struggle is not against flesh and blood". The people in Iraq are not the evildoers. Our only real enemies are Satan and his demons. They are the ones we should be fighting--not the Iraqis, not even Sadaam Hussein. I do not believe that even Sadaam Hussein is beyond the reaches of God’s grace. He is not evil incarnate, but simply a tool used by evil. If you remember the story of the Apostle Paul, he was such as well before the grace of God entered his life. This is why I believe Christians would be better off not fighting people, but rather fighting our true enemy the Devil, through prayer and spiritual warfare. Yes, something has to be done about Hussein, it’s obvious that he should not be in power, but there are other ways of fighting, besides war. We serve a God who is far stronger than Hussein or any government or dictatorship in the world.
I am also not sure at the appropriateness of the scripture you chose either. Although you did not really interpret it clearly the way in which you uses twists it somewhat. When using scripture from the Old Testament, it is important to always read it in light of what Jesus did in the New Testament. He did not come to abolish the law of the Old Testament, so it is still useful and valid today, but he fulfilled it, which means it is not the final word. The Mosaic laws required and eye for an eye, and a tooth for a tooth. A gracious God, who wanted to protect his people and keep them from punishing each other too harshly, made these laws. It is human nature to want to get even and then some. However, when Jesus came he raised the standard even more. He taught us in Matthew 5:44-45 to "Love you enemies and pray for those who persecute you that you may be sons of your Father in heaven. He causes his sun to rise on the evil and the good, and send rain on the righteous and the unrighteous."
Basically, my question for you is "What Would Jesus Do?" Think about it. Would Jesus drop a bomb on Iraq? Would he pick up a gun to kill Iraqi soldiers? You could get into a deep philosophical or political debate, but do not. It is a simple question, and the answer is also quite simple. I could go on explaining my views on the destruction and inhumanity brought about by war, but this is what it really all boils down to. For people who do not have the hope of Christ, who do not have God’s power on their side, I cannot really blame them for thinking that war is the only way. I can hardly condemn the actions of people who do not know better. However, I feel that as Christian people, we should hardly be supporting such actions. We should be on our knees, praying and loving the Iraqi people. That is where the real action will happen.
I am sorry if this letter has taken up too much of your valuable time. Please hear and consider my viewpoint. I hope you will devote at least as much space in your magazine to us pacifists and our viewpoint as you do to the conservatives who hold your viewpoint.
Sincerely,

Renee Dueck
Posted by The Duecks at 10:20 PM