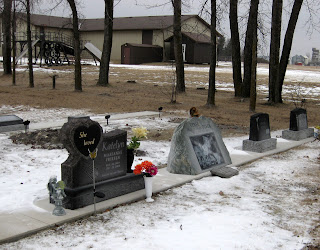 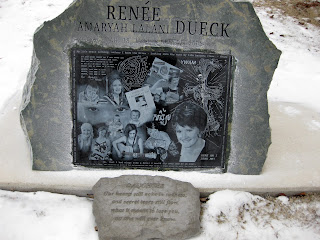 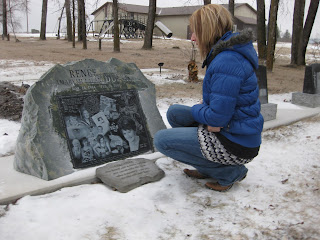 Seems like I never posted a picture of the head stone. It came as a sliced rock from BC's Sunshine Coast. It is Huckleberry Jade river rock.
Posted by Raymond Dueck at 11:16 PM No comments:

The Joy of the Father

First time preaching for a while. Likes preaching while praying.
God takes us as we are and transforms us

Father's Day is quite a day. Have been in places where father cant be found. My dad and my brother in law are modelling fatherhood.

God knows how to win us back. The younger son thought he had all the best the world had to offer until he ended up starving in the pig pen till he decides to go back to his father, the one he rejected for forgiveness.

Chad worked at a pill factory and a machine quit working and he was conflicted about telling the boss or acting like nothing happened. It was hard. He told the boss and all was good.

The younger son eventually made the right decision. He went to his father and gave up control of his own life.

I need to surrender my life to Jesus. Give Him control.

The older Son is bitter and unforgiving and the father extends forgiveness to him. He is full of legalism. Out of touch with his father's heart he thought he still needed to slave in the fields. "Everything I have is yours"

Challenge today:
Go and find the lost. Minister to the lonely and lost people.
At age 14 at Beaver Creek Bible Camp - I remember the pew, the terror, and overwhelming peace of the joy of my Salvation.

There are many people out there looking for father love and there are many self-righteous people that need the gospel.

Thank you pastor Ralph for your encouragement

Posted by Raymond Dueck at 9:14 PM No comments: 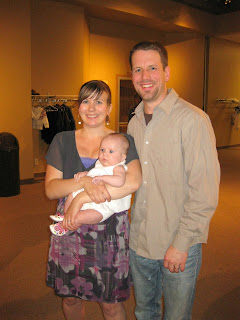 At Southlands Church in Steinbach

Mrs Gerbrandt died Thursday. She had  2 small children. Pray for the family.

Faith and Extraordinary Works
Luke 4:5-6 Satan has authority. He offered to give that to Jesus the Lord of Lords and King of Kings.
The devil did not want Jesus to die a sacrificial death. Jesus beat Satan and gave authority back to the church. We are expected to now do extraordinary
works. The church is anemic and keeps ignoring God.
A. We don't accept his grace
By grace we have been saved- a gift of God. We have not earned salvation.
Grace is not God's unmerited favour. If you have a bad employee and give them free tickets for a trip -these tickets come unmerited.
Grace is power to destroy death. 2 Tim 1:8-10 God has that power. Christ has that power and he lives in us. That power is in us now. John1:16 we have all received grace upon grace. The same power that raised Christ is now in us. That's amazing. not just a little bit of power. Moses needed 10 plagues to free the Israelites. With mighty grace power he delivered you from the clutches Of the enemy. Not cheap grace. But the power of God living in you.
Rom 6:14 not just a forgiven sinner. He set you free. No longer cheating and lying. Set free.
his divine Power has given us everything we need. Don't receive God's grace in vain. We must practice accessing God's grace.
Suppose I'm a prisoner and tell the next inmate that I can set him free from his grey cell. Why would he believe it?
16% of Americans are of any faith. 16% of churches are growing. They are fire in your belly churches. the big soft floppy middle church is imploding
B. We don't grow our faith.
God does not respond to our needs but to our faith.
Canaanite woman kept begging Jesus but he did not reply. She did not give up. She said she deserves crumbs. Jesus said great is your faith.
Faith deeply believes God will do what he says.
Rom 4:20 says Abraham did not waver in his faith he reasoned God would raise Isaac.
God wants us to exercise faith

Suffering is not getting your prayers answered.
Don't wilt. Pray harder. Believe deeply. Take the enemy by storm. Every Tuesday is Prayer Summit.
God is waiting for us. Could it be that our faith will grow stronger than the early church?
Posted by Raymond Dueck at 8:12 PM No comments: