The TripleGreenEnergy TGE3000 system with bale shredder in operation

Posted by Raymond Dueck at 1:59 PM No comments: 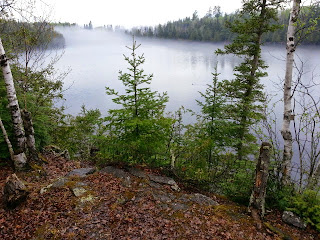 A place to relax!

Guest speaker. Gordon Gilbie. Got married recently. I did not kiss my wife until after we got married.

In the beginning there was nothing. Then there was light. There was still nothing.

A day to God is as long as he chooses it to be. Millions of years or 24 hours.
It's a problem when the church gets hung up. The Bible does not require one form or another. We can't make it an absolute truth one way or another. Our belief should not be anything other than a question.

When someone brings up evolution, don't argue about 24 hours but as God is creator. Atheists know they can argue from the arguments of the church.
Romans 1.18, 20
Eternal power has been revealed in nature. There is plenty of evidence for God. Admit that already.
How to Confront without being confrontational.

The Bible is not a book about science but science is at home in the Bible.

An atheist science told God he could create anything. Make life. Okay I'll take some dirt. No make your own dirt.

Where did it all begin? Big bang? Where did that come from? There is a point of creation. There has to be a designer.

Chinese checkers. Set it up in order and then through it up 10 times and you will get more and more disorder. Evolution cannot be science.

The only explanation evolutionists have is that what we see is all by chance. That's impossible.

The probability of 10 to the 50th is impossible. All the atoms in the universe total 10 to the 84th. What are the chances of pulling 10 cards out of a bag in numerical sequence? It would be a chance of one in 10 to the 10th.

Would an infinite number of monkeys be able to produce the works of Shakespeare?

Book. Dismantling Evolution. What is the probability to produce one small protein by chance? 10 to the 150th. That's 3x impossible.

The fossil record. Darwin said fossils will prove evolution. Not one fossil proof has been found. There are no missing links. There is no record of a 1/2 evolved bird.

There is not one true fact to prove evolution. Only fools believe in evolution.

Do it with gentleness and respect. Point people to God's creation.

Neil Rempel (his favorite song is Kneel (Neil) at the Cross!) from www.GEmission.org Greater European Mission was the guest speaker.
He spoke passionately about the need for Christians to speak to everyone about the Good News of Jesus's death and resurrection based on Acts 19 where Paul enters the synagogue and has daily dialogue with the Jews about the good news. When they get tired of him he rents a hall and teaches there for 2 more years and great glory came to Jesus's name.

He used an example of a humble believer in Austria that was faithful in witnessing to a highly intelligent avowed atheist and brought him to Neil who challenged him to read the Bible and pray that God would reveal himself.

He did and became a Christian and now is a pastor in Austria.

Neil's family including grandkids are going to Poland this summer to teach English. They use www.TheLifeLight.com in their ministry.
Posted by Raymond Dueck at 8:41 PM No comments:

The splendor of the King Clothed in majesty Let all the earth rejoice All the earth rejoice He wraps Himself in light And darkness tries to hide It trembles at His voice  How great is our God, sing with me How great is our God and all will see How great, how great is our God
Mother video
Delbert Enns www.EasTview.org
50 days between Jesus resurrection and ascension
Refuel series.  When our load is too heavy we might burn out.
The load can get too heavy when you don't have anyone to help you. Feeling fatigued? Overload can be hard to understand.
10 overload indicators:
Diet,  do it yourself, blow up,

Ancient Egyptians weighed the hearts and brains of people after they died.
What are we doing by putting our kids through all that stress.
http://en.m.wikipedia.org/wiki/Holmes_and_Rahe_stress_scale
Job had issues. Stress. John asked questions from prison. Mathew 11. Jesus said God will bless you where you are. Come to me if you have burdens. I will give you rest.
Come to me. 3 words to healing. Advice.  Rest.
Have you heard Jesus's call?
Men's breakfast 7am you are invited.
Shoot the hamster and sell the wheel spinning in your head.  Problem is there will be another one tomorrow.
Shut the door and pray.
Come to me, Jesus says. Give up control. Take Jesus's yoke. Share the load. Team up with Jesus to share the load.
Let's walk together. With Jesus. Too often we take up other yokes. Let the Holy Spirit come on you.
Be teachable. Avoid aggression and arrogance.
Come to me today. Get some rest. Listen. Have a relationship with Jesus.
Beautiful one I love you.
Check out my friend Carlin's legacy at:
www.CarlinsJourney.blogspot.com
Posted by Raymond Dueck at 12:23 PM No comments: 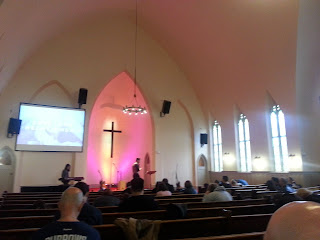 http://www.coastalchurch.org/about/new-here/
STRATHCONA CAMPUS SUNDAY: 9:00 AM
Check out the latest message from our current series, Love, Sex & Relationships. All messages are made available to watch, listen to, or download on your mobile device.

Quit treating love like a noun... make it a verb. Love starts as an engine and becomes a caboose.

Go to God to learn how to love. You need a new heart. God is there to forgive. To teach and empower. Where are you on this journey?

This church had asked and received a box full of LifeLight Scriptures to distribute in their inner-city neighbourhood.

Check out www.FirstNationsLifeLight.com for an update on that project.
Posted by Raymond Dueck at 12:04 PM No comments: