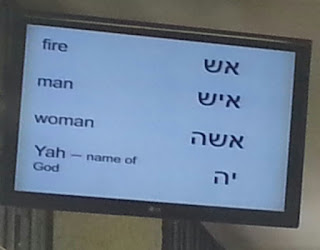 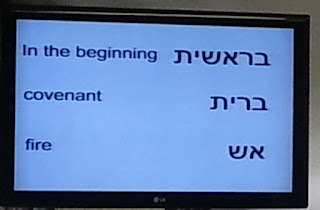 Rabbi Pesach Wolicki www.bfpcan.org www.tlwc.ca
I believe in the sun even when it's not shining. I believe in love even when not feeling it. I believe in God even when He is silent. Holocaust victim.
The church of Jesus  built the first hospital the first schools the first universities.  Welcome to church video

Lots of loud music and dancing while the 1st offering is taken. Time to put in earplugs.

Bridges for Peace are here today and 1/4 of the attendees were visitors.

Building relationships between Christians and Jews.

Rabbi lives in Israel. Born in the USA. Has 8 children.

Genesis Marriage study.
What's unique to us is what we concentrate on. Jewish rabbi spoke to this church. We believe in the God of the Bible. Many similarities. Shared values.

The sanctity of marriage. Under attack by current media and our society.
Then we turn back to the Word of God.
Understand the relationship of man and woman. Genesis 2.15 to work and guard the garden of Eden. Make things better and do no harm. Be responsible. My life is not about me. Don't eat from the wrong tree or you'll die? Was God telling the truth? What does it mean?
We all have a double identity. Body and Soul. My soul is who I am. My emotions. It is eternal. It does not die. Are you a soul that has a body or are you a body that has a soul?

God made a helpmate.
The LORD God placed the man in the Garden of Eden to tend and watch over it. But the LORD God warned him, "You may freely eat the fruit of every tree in the garden—except the tree of the knowledge of good and evil. If you eat its fruit, you are sure to die."
Then the LORD God said, "It is not good for the man to be alone. I will make a helper who is just right for him." So the LORD God formed from the ground all the wild animals and all the birds of the sky. He brought them to the man to see what he would call them, and the man chose a name for each one. He gave names to all the livestock, all the birds of the sky, and all the wild animals. But still there was no helper just right for him.

Made animals. No helper there. He named them. He was superior. He is not an equal. People are not animals. There is no mate among the animals.

Humans are responsible to manage.

So the LORD God caused the man to fall into a deep sleep. While the man slept, the LORD God took out one of the man's ribsand closed up the opening. Then the LORD God made a woman from the rib, and he brought her to the man.
"At last!" the man exclaimed.
"This one is bone from my bone,
and flesh from my flesh!
She will be called 'woman,'
because she was taken from 'man.'"
The Hebrew has a play on words. Self of myself. Fire man woman Yah
The characters. Make a big difference.
Adam means human. When his mate is introduced he gets a new name. Man. Fire is passion. Together they are the fire of God.
3.6 the fruit was lustful. They became ashamed after they ate of the fruit.
Animals have no shame because they have only bodies.
The body had taken the lead. That's why they were ashamed.
The woman's punishment is pain in childbirth. Man's punishment is hard work.
This is God the father teaching us a lesson.
The sin was a sin of desire. She seduced her man.
The man replied, "It was the woman you gave me who gave me the fruit, and I ate it."
Then the LORD God asked the woman, "What have you done?"
"The serpent deceived me," she replied. "That's why I ate it."
God was teaching them to take responsibility.
A relationship built around shared goals. Build spiritual bonds before physical. The fundamental glue is responsibility. Produce nurture protect life. V20 Adam called her Eve. Now that we understand responsibility we can become mothers.
Covenant of Marriage. What does that mean?
Covenant shows up after the Flood. Bereet comes from creation. To create something new. Briss circumcision making something new. The first word of God is creation. Covenant with fire in the middle.

Christians and Jews are on the same side of the battles.  The messiah has to come to fix this world.
We need to build marriage. Strong. We need to be in this together.

Gentile believers should never forget the root to which we were grafted.

Posted by Raymond Dueck at 1:03 PM